Movie reviews and essays by Colleen 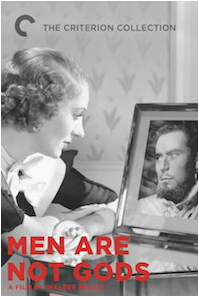 There is a well-established tradition of American actresses playing the lead in British films. Before Renee Zellwegger as Bridget Jones, Julia Roberts in Notting Hill and Audrey Hepburn in My Fair Lady, there was Miriam Hopkins lighting up the screen next to the talented but somewhat stuffy Sebastian Shaw, Gertrude Lawrence and Rex Harrison in Men Are Not Gods.

It's an uneven film. But what a cinematic treat for fans of Miriam. Not your average boy-meets-girl-boy-loses-girl-boy-gets-girl-back story. It unfolds more like this: theatre critic’s secretary meets actor’s wife, wife introduces secretary to actor, actor makes indecent proposal to secretary (indecent for 1937), secretary is shocked but accepts, wife finds out – with a shocking twist as art imitates life.

I first saw this film – my introduction to Miriam’s films – in 1983 on a small black-and-white TV late at night after reading George Eells’ chapter on Miriam in his six-actress biography Ginger, Loretta and Irene Who? The book may as well have been called Miriam Who? because, as a 14-year-old budding classic movie fan, I’d never heard of Miriam Hopkins.

After seeing her performance in the movie, I was hooked! It impressed me – and still does – that her seemingly girl-next-door character managed to be not only mischievous but also cheeky, helpful, vulnerable, lovelorn, passionate, selfish and noble.

I’m sure what Ned Mann did with the special effects in this film played no small part in sparking my fascination with Miriam. “Saw a lovely girl today. Like to see her picture?” says persistent suitor Rex Harrison as he bounds into her office and pushes a mirror up to her face. The audience is treated to a sort of Lux Soap ad with Miriam's face bathed in soft, flattering light and filling the screen. 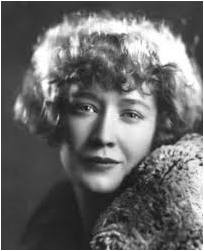 She keeps her upstaging tactics in check here, and it’s easy to speculate why: closeup after closeup makes clear she is the star here, brought in to enliven what could easily have been a dull, stagey comedy-drama. A notorious snob toward screen actors, she must have felt in her element amid respected fellow stage actors like Shaw and Lawrence. Working with a fresh crop of actors who may not have been as aware of her more and more frequent battles with Paramount, may have given her trampled ego a welcome boost. 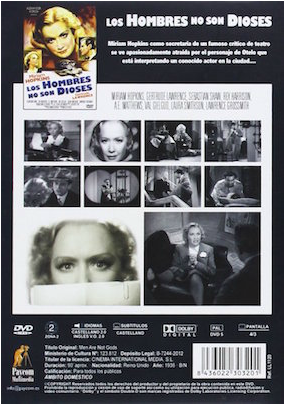 The movie wastes no time in setting up its premise – called silly by some critics and clever by others – with actress Gertrude Lawrence begging Miriam to alter her boss’s negative review of her actor husband’s performance to spare the husband’s feelings. “I appeal to you as one woman to another,” says Lawrence, adding, “You’re young. You probably don’t know what it is to be in love.” The amusement value of this was lost on me in 1983 – Miriam is 35 here and a mere four years younger than her co-star. This is followed by Miriam gazing into the middle distance and the steno pad review slowly lowering to reveal her wide eyes as she decides to conspire with Gertrude.

I admire Miriam’s ability to show vulnerability and fear in the second half of the film as the tension mounts to the climactic moment when reality mirrors the stage. I thought it exciting then and the height of drama as Miriam screamed at the actors in the play-within-a-play to stop. I now see that moment as pretty ludicrous – one the writers and director Walter Reisch did not prepare the audience for – and part of me wishes Men Are Not Gods had stayed in the light mode in which it began. Reisch, who had writing credits on such comic gems as Ninotchka, The Model and the Marriage Broker, and another Miriam Hopkins film, 1951’s The Mating Season, had a nice comic touch.
It’s cute that the Shaw and Lawrence characters, two points in the love triangle, are Othello and Desdemona on the stage while real-life stage snob Miriam sits in the peanut gallery. And it’s fun to see Miriam, as secretary Ann – what Shaw calls a “representative of the gallery and symbol of the unreserved seat” – deliver some first-rate comedy. 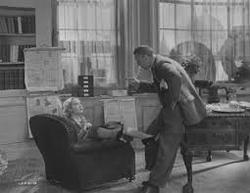 From her rapid-fire delivery of the morning’s news to her non-newspaper-reading newspaper editor boss to her concern over losing the pom pom on her tam to her well-choreographed falls into armchair after armchair, Miriam, an old stage pro by 35, not only holds her own beside Lawrence but steals the picture.

Hands down, my favourite moment is when Miriam, miserable after losing her job doing a good turn for someone else – and determined to see if it was worth doing, scolds the unruly theatre crowd while trying to secure a seat.

“You’re a lot of growling, uncultured barbarians,” she shouts. “Where’s my mints? My shoe, where’s my shoe?!” she asks with growing annoyance to no one in particular, finally gathering up her belongings and mocking the ungracious seat-takers with her singsong “Choc-o-lates!” The scene does a great job of showing her character’s mood but apart from that it is pure, gratuitous screwball fun.
So it is a tad disappointing when, after becoming what would today be called a stalker, one comic scene after another peters out into melodrama (two – two films in one!) when Miriam finally gives in to Sebastian Shaw’s advances and agrees to be his kept woman.

“Nay, we must think men are not gods, nor of them look for such observances as fit the bridal,” says Desdemona wearily and warily, delivering the title phrase.

Boy, was she right. The men in this movie – apart from Rex Harrison turning in a pleasing performance as Miriam’s smitten co-worker – are smug, condescending and pompous. A modern woman can only roll her eyes at boss A.E. Matthews’ comment that a woman is in love with every man but just doesn’t know it.

And this was just as he was becoming an understanding and reasonable soul, ready to give Miriam her job back. Our leading man, Sebastian, takes the cake though, with his nonsensical proposal that Miriam have an affair with him so that he can escape the feeling of being smothered by a wife who is jealous of other women spending time with him. It maketh no sense. 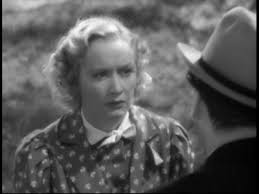 I was thrilled when Miriam threw back her platinum-blond, marcel-waved head with a laugh and called him on this nonsense. “That’s every man’s ideal picture – to be at the apex of two women right and left of his feet," she said haughtily. "I am not participating in that combination,” she said, and off she went leaving him in the dust of Hyde Park.

But before long I was groaning as the correctly indignant Miriam fell for Sebastian’s self-serving logic that “it’s better for three people to be happy than none at all.” Oh… well...when you put it that way!

Men Are Not Gods is a somewhat dated and odd combination of the brittleness and over-the-top melodrama – which to Miriam’s harshest critics might be an apt description of her acting in general. But I appreciate the movie for the playground it provides a great actress. Miriam’s Ann is no Gilda Farrell in Design for Living or Temple Drake, but like those other ladies, she leaves no doubt who is the star.

In spite of its imperfections, the film is a sentimental favourite with me.

Maybe not so surprising because Miriam holds a special place in my heart – not in spite of, but because of, her imperfections.